Day by day we greet the precious possibility of choosing to remain in the loving and constant vibration of love. We are invited, called to make this desire our daily practice, our work: to exercise our free will inspired, guided by the wings of love, thus sustaining the balance, presence and harmony that allow us to discover and love the beauty in everything we do and are.

We are happy to be celebrating our 6th Universal Peace Dance Camp and with it to celebrate and thank the dancing Family that we have found and of which we are a part. We already know who we are, what we do, we recognize ourselves, we love and accept ourselves, we have experienced love in its many forms, and that is why this 6th camp is dedicated to love in all its manifestations, because we long to continue polishing our winged heart, transforming the mirror of our soul to be every day more free and happy in our journey towards the Beloved.

With our beloved
international guests

Senior mentor teachers in the Sufi Ruhaniat and Dances of Universal Peace lineages, inspired musicians, and experienced guides in the path of the awakening heart. They share joy and clarity arising from their own practice and tap a depth that arises from a lifetime of integrating spiritual practice, psychological exploration and a love of the natural world. They travel and teach Internationally, returning home to Massachusetts, local family and sangha.
Halima seeded her love of the Sufi path in Murshid Sam’s Marin Dance Meeting.
Abraham is an original mureed of Murshid Sam.

All those who want to enter the sacred space of the heart, those who love nature, humanity, who believe in peace. To those who trust that we are building changes day by day, to those who are certain that the future will be harmonious to the extent that our hearts are vibrating in harmony.

It doesn't matter if you dance or not, you are welcome whether you are 2, 13, 18, 28, 40, 90 years old. Especially recommended for doctors, architects, engineers, journalists, psychologists, politicians, and anyone who wants to live a different transforming experience, to get out of their routine, to know another way of looking at life.

You are all welcome!
no previous experience is necessary.

4, 5, 6, 7 and 8 December 2021
Arrival is on Saturday December 4th, we will have lunch all together (served at 13:00 hrs)
and during the afternoon we will meet for the first circle of dances.
The depart will be on Wednesday 8 December at 12:00 hrs approx
(this day will be served only breakfast)

The value of the event contemplates:
Accommodation according to choice
Access to all Punto Zero facilities (Natural pool)
Workshops
3 meals a day:
Breakfast, lunch and dinner

It does NOT contemplate the transfer to the place.

At Punto Zero Foundation
In Chile, V region, in the Aconcagua Valley. It is 103 kilometers north of Santiago in the commune of Putaendo, province of San Felipe. The place is located in the foothills of the Andes in an environment of nature, open spaces and clear skies 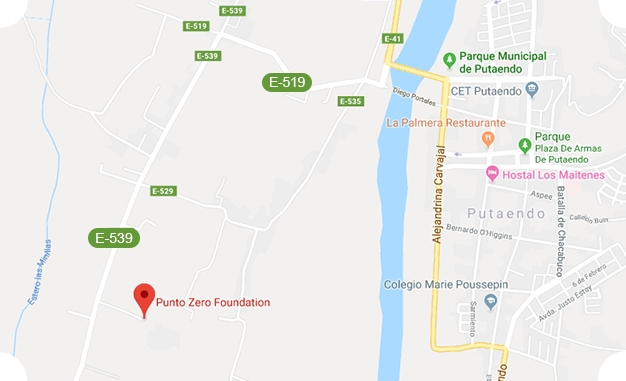 More information on our networks 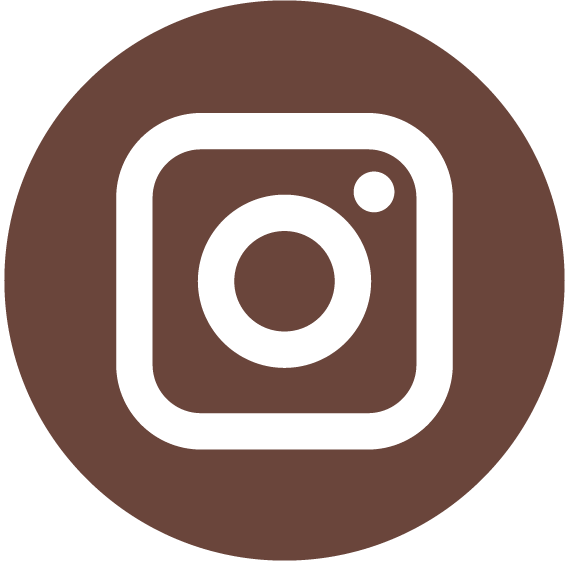 Buses Ahumada. (They are very comfortable)

The best thing is that you put the waze on and it takes you straight. 1, hour 30 minutes Checked

The value of the event contemplates:

4 breakfasts, 4 lunches, 4 dinners and exclusive use of the centre's facilities for the group

It does NOT contemplate the transfer to the place.

Flashlight, sunscreen, hats, coat, water bottles, notebook. Comfortable clothes to dance; women are suggested to dance with a skirt.
Although the 3 daily meals are included, you can bring sweets, fruit, thermos or whatever you consider convenient to eat and share.

Wear a swimsuit and beach wrap, there is a natural swimming pool

Sunny days and moderately cool nights. Remember that we will be on the slopes of the Andes.

If you have children over 3 years old and you want to go, you can take them but also a caregiver, since children participate in the dances from 10 or 12 years old onwards, depending on their degree of maturity. If you need a caregiver, please let us know, as there is a possibility of having a day care center, the value of which is not included in the fee.
If your child is under 3 years old, it is the parents' responsibility to care for them.
(It all depends on the number of children attending).

We advise you to go directly to the terminal to buy tickets.

Halima lives in Cambridge, MA. USA with her husband Abraham. Together they run the local Ruhaniat Center, SAMA. The dances have led Halima to teach internationally and throughout the U.S. She writes: "In 1969, I went to SF to go to art school, and by grace, soon found myself at a Sufi Dance meeting with Murshid SAM in Marin County, CA. This meeting changed my life, the spark from that moment still illuminates me. Dances and Walks continue to be one of the fundamental practices of my spiritual journey. She is the mother of four beautiful adult children, a psychotherapist with a practice in spiritual psychology, a former midwife, a passionate gardener and a committed student of life. Halima grew up on the East Coast of the United States, born into a family with strong Norwegian roots. This family cultural legacy planted a respect for socially responsible action and a deep love for art, music, science and nature.

In 1969, he moved to San Francisco to attend art school, and by grace, soon found himself at a Sufi dance meeting with Murshid SAM in Marin County, California. This meeting changed his life: the spark of transmission from that time still lights his way. Dances and Walks, along with his embedded wisdom teachings, have been the foundational practice of his spiritual journey. After Murshid SAM passed away, he moved to the hills of Northern California. The 1972 Mendocino Sufi Camp was held in Philo, at the foot of the mountain where he lived. There, serving tea, she met her dear friend and future husband, Abraham. After camp, they continued to Chamonix, France, where Pir Vilayat confirmed the inner bayat experience of Halima with Murshid SAM. Coming together in the light of their spiritual quest has served as a solid foundation for Halima and Abraham's life together. They have four wonderful adult children (now happily creating their own lives and families) and have lived in Cambridge, MA. for the past 40 years in the midst of a large and extended community.

The early years in Cambridge saw Halima join and continue the Sufi Dance circle that Murshid Sam planted on his previous visits to Massachusetts - this same dance circle thrives today!

Halima was an original member of the Guru Blanket Band, a music group that played "Mantric rock and Dervish roll" at many major concerts and festivals. Her continued love of music and singing has led her to collaborate on recordings of Chant, Sufi songs and Dances of Universal Peace.

She is a licensed clinical social worker and a student of healing, applied psychology and ecology. She is an advocate for children, women and families, and for many years was part of a home midwifery health team.

Some of her mentors include: Frida Waterhouse - visionary and spiritual advisor, godmother to her four children; Karmu, a faith healer whom Murshid SAM referred to as his "Black Christ"; Murshid Hassan, who opened his heart to the practice of Zikr, and Dr. Salvador Roquet, a Mexican psychiatrist with whom she trained in Psychosynthesis for many years. This training provided the opportunity to explore the depths of the human psyche and work with native shamanic healers in the rural Sierras of Mexico.

She is eternally grateful to all her teachers, to those who so generously serve the living message of Love, Harmony and Beauty, and for the continuous stream of life from Baraka that flows through this precious Ruhaniat Inayati lineage. His living spiritual guide is Murshid Wali Ali Meyer.

Abraham and Halima are honored to be stewards of a beautiful piece of ancient and fertile land, offering refuge and renewal in harmony with the natural world. The garden is replanted as the flowers fall to the ground, the pumpkin becomes soil. All the hidden lies, which need rest to prepare for a new shape and growth. This is one of the secrets of life, always pregnant with itself, always in transformation. We are seeds, flowers and fruits, turning and returning. This life is so precious. Ya Hayyo! Ya Qayoom!

Together, Halima and Abraham guide SAMA, a Center for Personal Growth, and the Boston-area branch of Sufi Ruhaniat International.

Mentor of Dance and Murshid for Sufi Ruhaniat International.

He was born in October 1945, just after World War II ended. A child of the 1960s, he was a seeker and a wanderer when he met Samuel Lewis in San Francisco in 1969. Abraham had read many books on spirituality and had had some visionary experiences of the inner life, but it was only in his becoming. receptive to the transmission, in person, from a God-realized teacher that the journey of awakened consciousness began to be real to him. He took Bayat with Murshid Sam in the early 1970s, and was (and still is) amazed at the beauty and power of the community that had grown up around Murshid Sam.

A musician, Abraham was a member of the original Sufi choir with Allaudin Mathieu, and has since been inspired by Murshid Sam's request that he "write New Age Psalms. This led Abraham deeply into the Dances of Universal Peace. Throughout the 1970s and early 1980s, he co-directed a Dance and Meditation meeting in Cambridge that met twice a week, and also co-founded the Guru Blanket Band, which played rock and dervishes. Several of his CDs carry this musical transmission, including Voice of the Heart, In Peace: A Call to Unity, and (in collaboration with Murshid Saadi) Beginnings, and Bridge: The Journey of the Mystic Traveler.

Abraham met the love of his life, Halima, at the first camp in Mendocino in 1972, and they have lived together ever since. Settling in Cambridge, Massachusetts, they have raised a family of four children. They currently run a Sufi Center, SAMA , in Cambridge, and travel around the world as "peace activists", sharing the Sufi Dances and the Sufi Message.

Other teachers who have been mentors to Abraham include the seer Frida Waterhouse, Karmu, whom Murshid Sam nicknamed his "Black Christ", and the Mexican psychiatrist, Dr. Salvador Roquet. Within the Ruhaniat, his living guides have been Pir Moineddin and Pir Shabda.

After receiving degrees from Yale College (1967), and Harvard Graduate School of Education (1972), Abraham earned his PhD in Clinical Psychology in 1988 from Antioch/New England. He has been the clinical director of Agua Viva Associates and the SOMA Counseling Center. He still works as a psychotherapist, with a deep respect for the healing power of love, relationships and community. From this perspective, he has served as co-chair of the Ruhaniat Ethics Council and the International Dance Leaders Guild. He is also a gardener, former soccer coach and candlemaker.